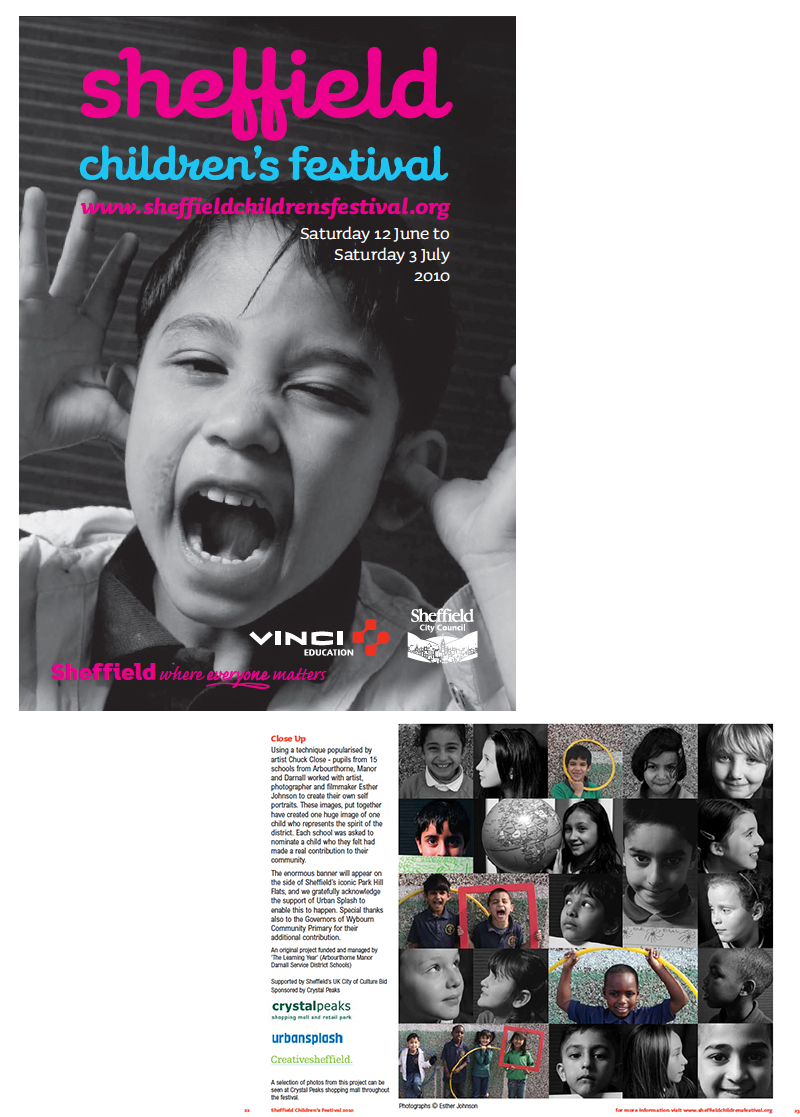 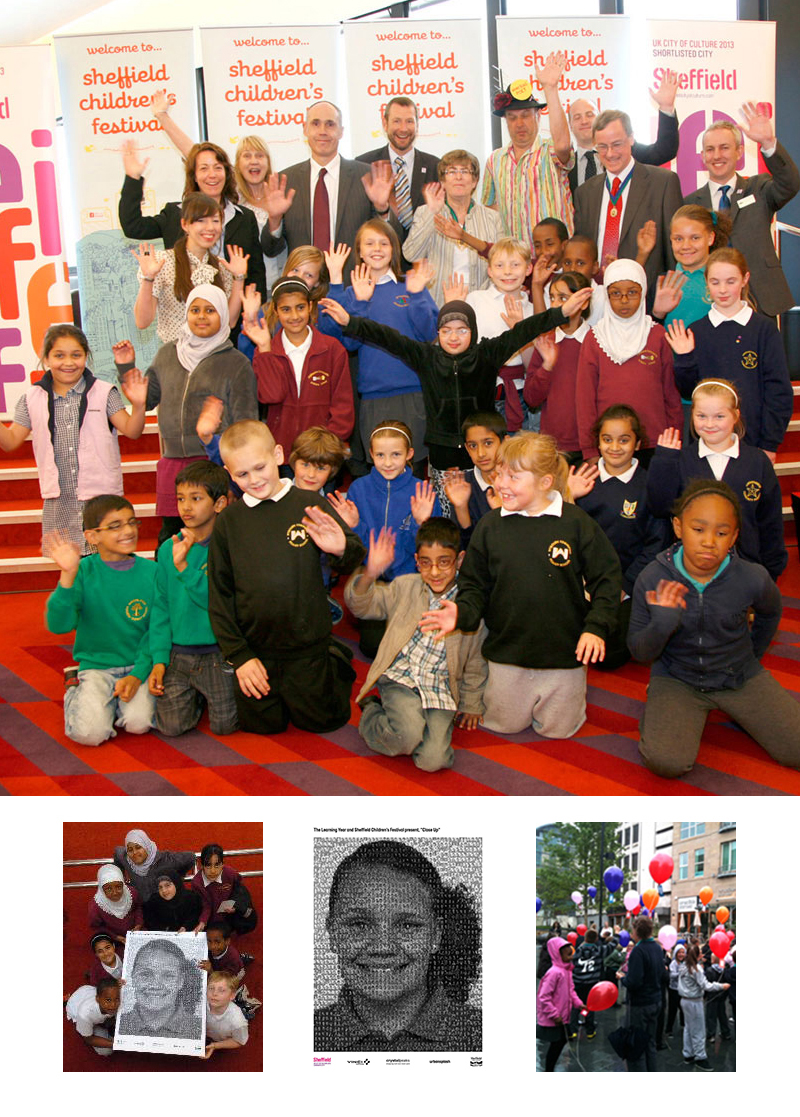 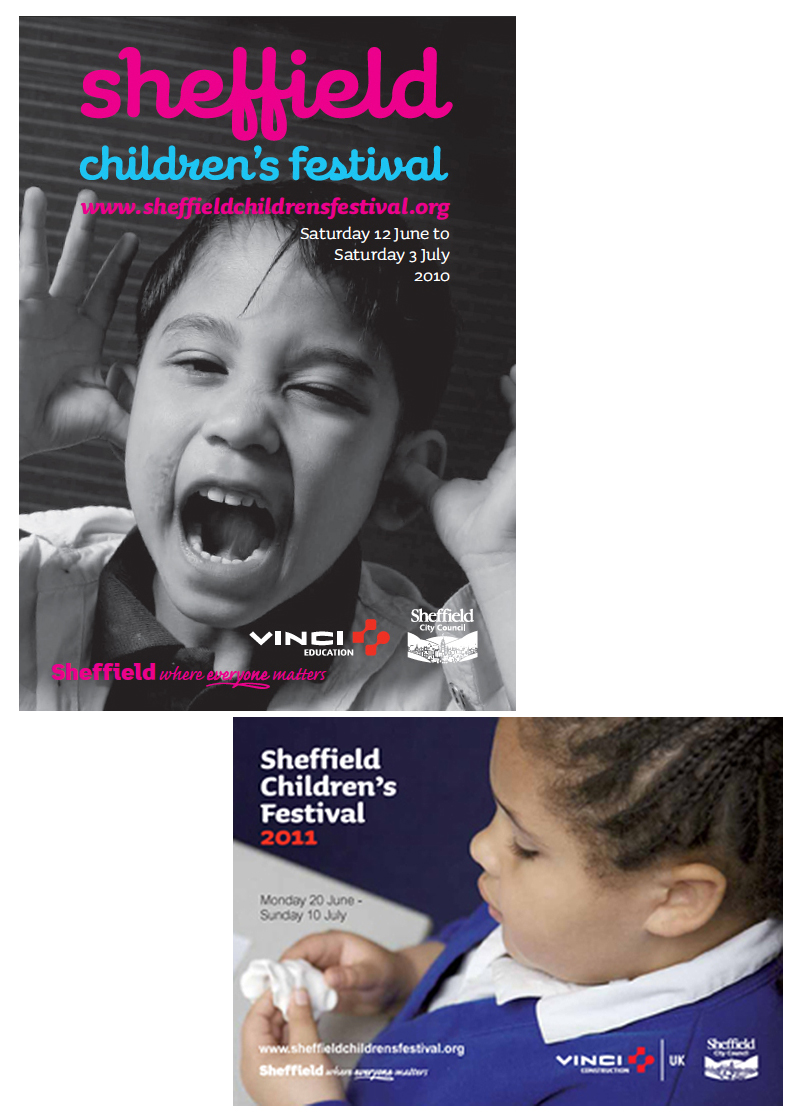 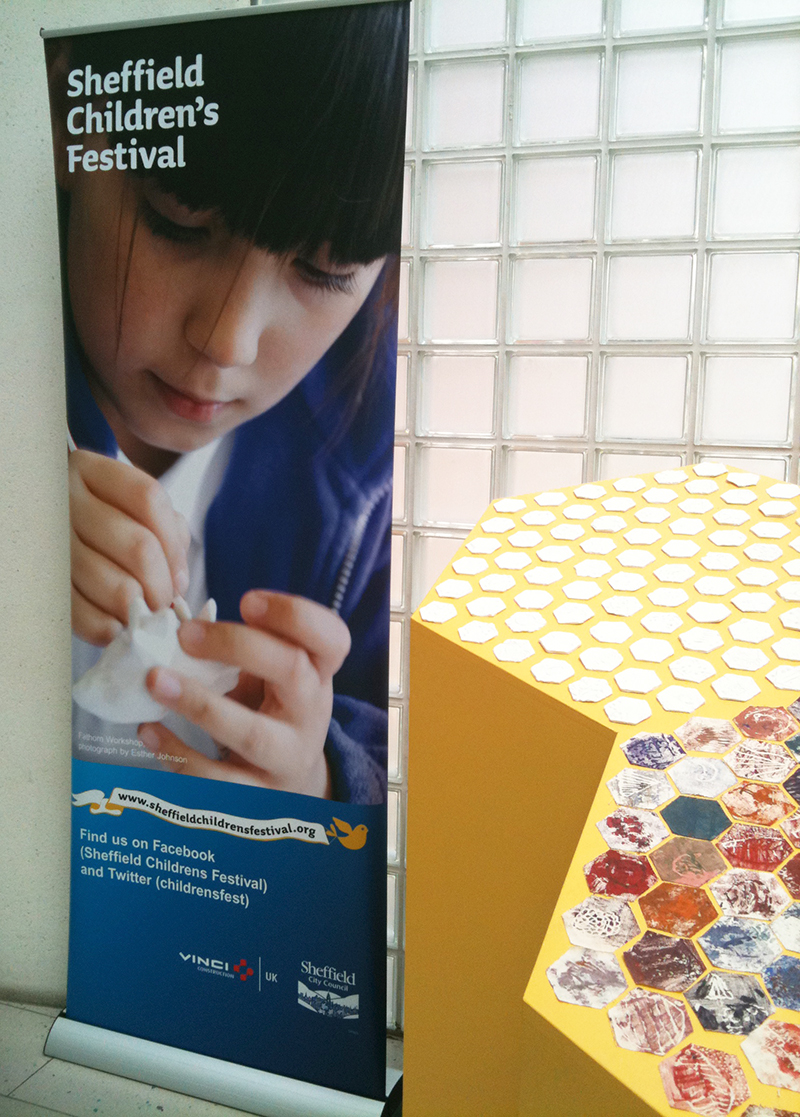 Lead artist for the Close Up project that included portrait photography workshops in 15 schools throughout the city of Sheffield with children aged from 5 to 16. Photographic portraits were made of over 500 children, the images later collaged to create a giant photographic mosaic of Sherrelle Parker, a child nominated for her outstanding contribution to her community.

Photography made for the project, and during the workshops, was used widely throughout the festival publicity material.

Photography made during these workshops, and workshops lead by other artists, was used widely throughout the festival publicity material.