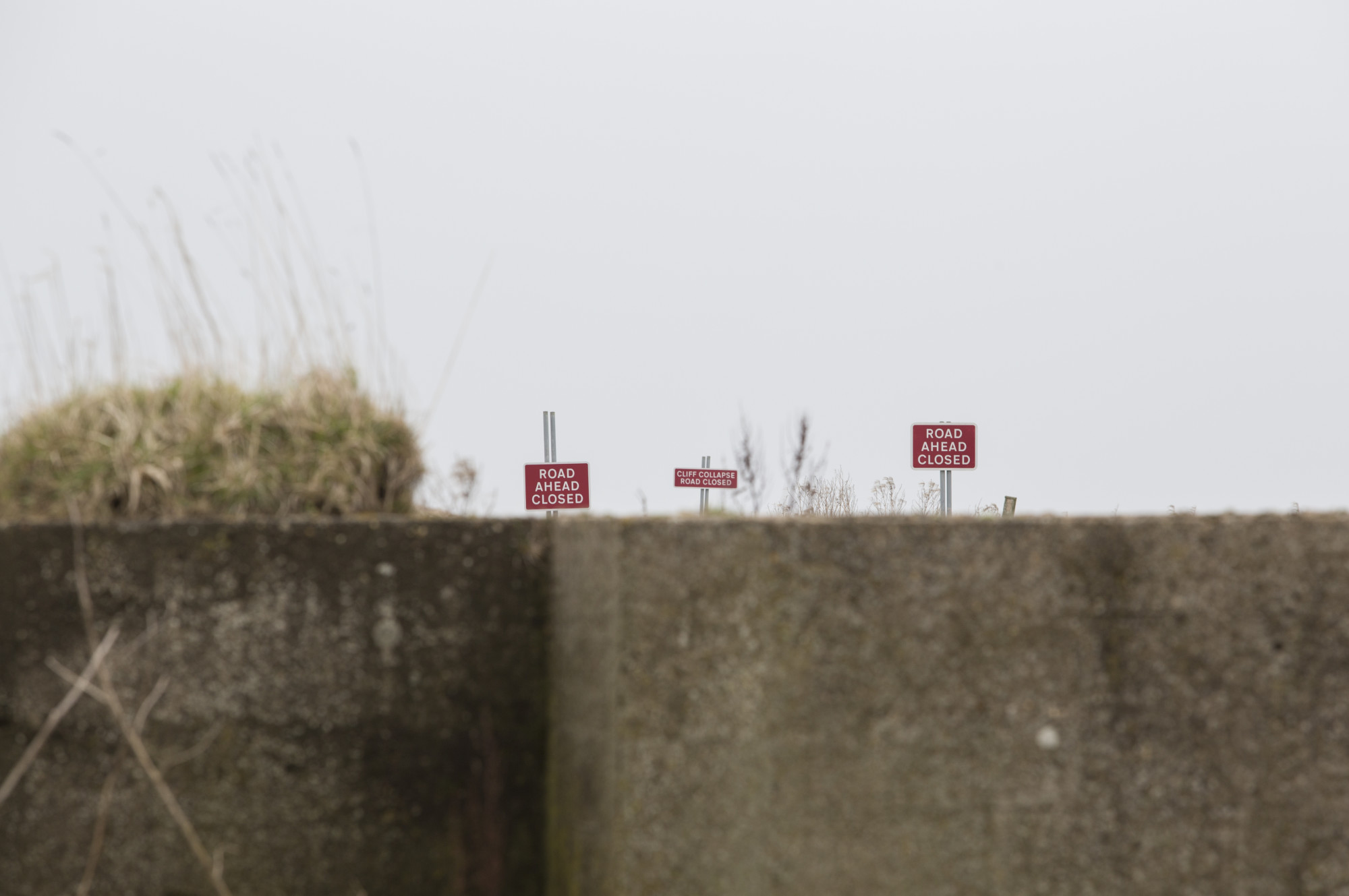 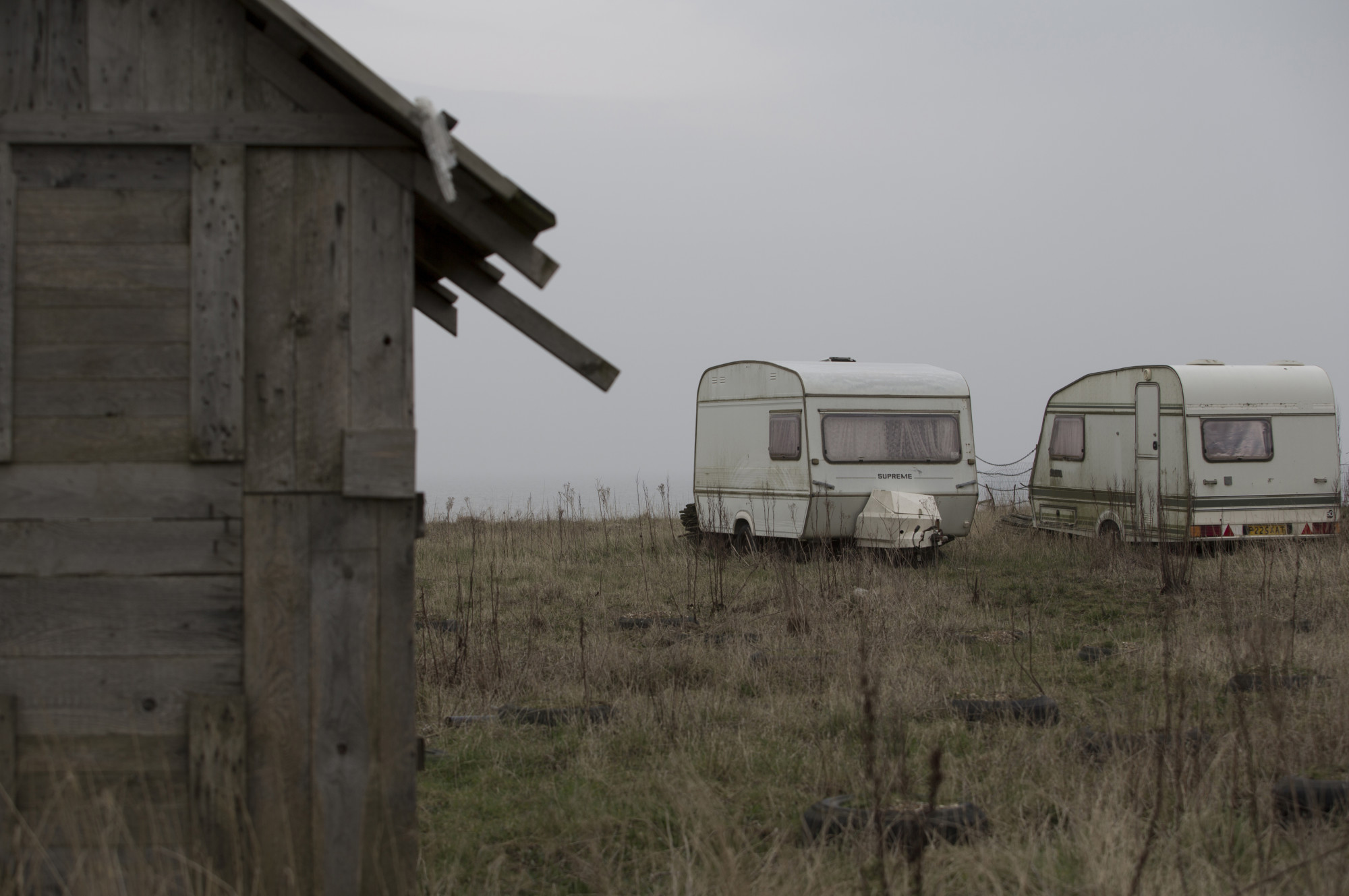 ‘Particularly melancholy are sequences panning along the very edge of the eroding cliffs, where fence posts hang in thin air – the property that they once protected having fallen away.  Edges, borders, the delineation of territory are emphasized as arbitrary or at least temporary.’ Contemporary Art Society

Retreating the Line is the sequel to Hinterland shot in Skipsea, on the cliff edge of Holderness, East Yorkshire, in 2002. Holderness is Europe’s fastest eroding coastline retreating at up to 2 metres a year. Hinterland explored, through the narratives of three Skipsea residents, how it felt to live in such a precarious situation, under constant threat from the elements. Charlie believed that he had fifteen years until the land on which his house stood fell into the sea; Saffron told of how she always had a backpack ready to make a swift escape; Peter recalled how far out the land reached in WWII, when he was a young man.

Retreating the Line is filmed at the fifteen-year deadline that Charlie feared. It documents the changes to the landscape, moving from the land to the sea edge and beyond. As predicted, the landscape of this ‘plotland’ has changed dramatically. Chalets first appeared in Skipsea in 1939, and the majority of the remaining resident-built structures that still stood in 2002, have since collapsed into the sea.