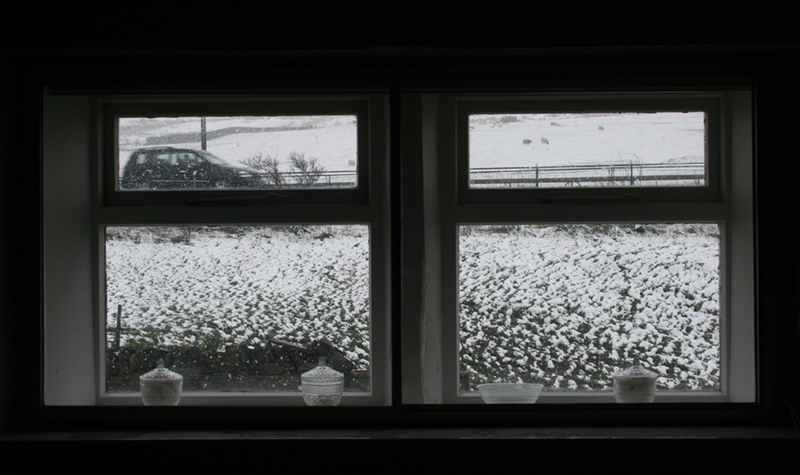 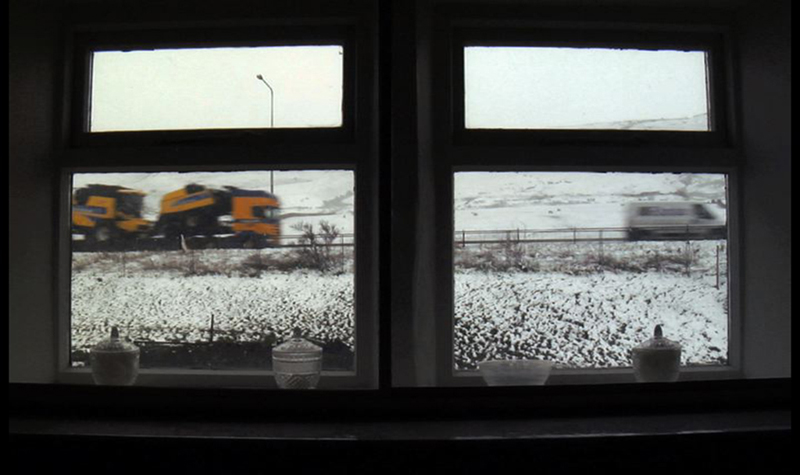 featuring the voice of
Paul Thorp

cinematography and sound by
Esther Johnson

Highway Home is a contemplative, static study of an unlikely landmark in an unlikely place. Normally only glimpsed in passing, Stott Hall Farm, a cottage built in 1737, floats islandlike in the middle of the M62 in West Yorkshire, whilst cars and lorries thunder past on both sides. Despite the farm seemingly being a monument to stubbornness, the urban myth being that the farmer refused to leave when the motorway was built in the 1970s, the truth of the story is that the east- and westbound carriageways could not meet due to the lie of the land, and the motorway had to be parted around the cottage to avoid landslips.

“I’ve got used to living here now…It’s quite a strange place to live, It’s just a bit noisy at times. I could do with finding a switch to turn the noise off, but I haven’t managed to find that button yet.”
– Paul Thorp, owner of Stott Hall Farm

The Composure commissions encouraged a focus on considered shot composition to move away from a reliance on post-production techniques. In order to achieve this, films were required to be a single HD locked-off shot, with a running time of between 2 and 3 minutes and no post-production editing.