SHIPS in the SKY 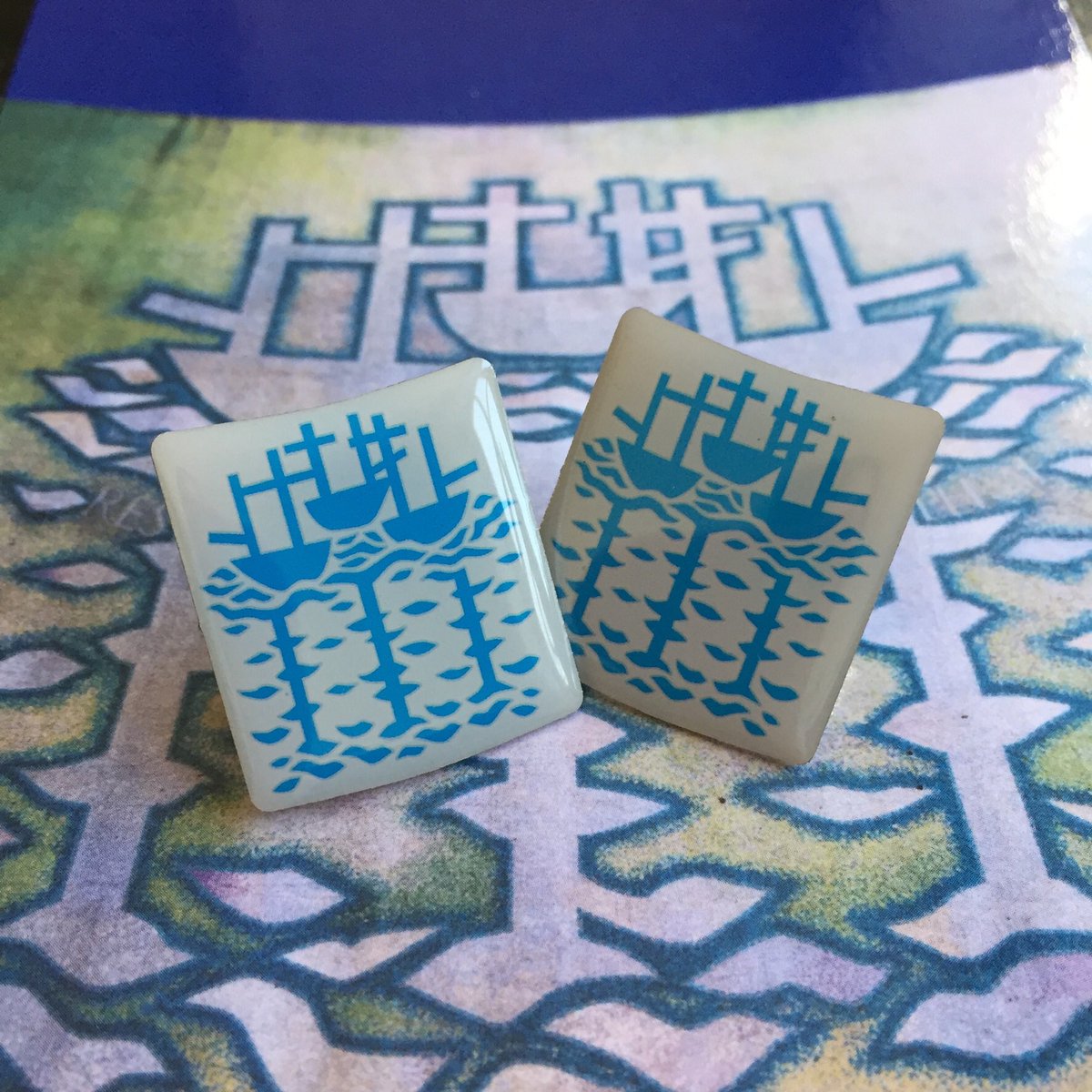 SHIPS in the SKY

Ships in the SKY: Alan Boyson, Placemaking and Memoryscapes presentation for the William Mitchell In Context symposium networking day with the Henry Moore Foundation at The Univeristy of Bradford, 26.10.22

Ships in the SKY presentation for the Spaces and Places Research Group at University of Derby, 15.07.22

Ships in the SKY: Rigged for a Long Journey presentation with Vicky Foster for Larkin 100:Bad Habits of Expectancy Conference at University of Hull, 08—09.12.22

SHIPS in the SKY Q&A with Esther Johnson and Leigh Bird for Half Life of the Blitz on Hull Blog 13.04.22

S.O.S. Give Your Memories Of Hull’s Co-Op BHS and 3 Ships Mural to SAVE OUR SHIPS! by Carrie Henderson, House of Mirelle 16.02.19

— the gathering of oral histories about the building, collected by Untold Hull and Esther Johnson
— an artist film installation looking at the social history of the building
— a gallery exhibition to encompass the project research: inc. film, photography, oral testimonies, memorabilia and archive material
— a series of community engagement workshops
— events to discuss the varied strands of the project
— trails of architecture in Hull City Centre
— a series of publications

“If you have built castles in the air,
your work need not be lost;
that is where they should be.
Now put the foundations under them.”
– Henry David Thoreau, Walden

SHIPS in the SKY is a social history arts project recording the many lives of Hull’s former Co-op and BHS building.

Looking at the effects of public art on peoples’ navigation and memories of the public realm, this research will lead to a collection of oral history recordings, an artist moving-image work, and an exhibition all focusing on the social history of the former Hull & East Riding Co-operative Society store (later a BHS), a post war modernist building in Hull city centre.

The building has had many lives – a department store, an indoor market, a dance hall, a music venue and nightclub. Memories of the building will be recorded from many perspectives – from store shoppers and employees, to construction workers, and recollections of gigs in the buildings Skyline Ballroom, later Bailey’s nightclub and then Romeo’s & Juliet’s.

Central themes of SHIPS in the SKY include, Three Ships, the UKs largest mosaic, designed in 1963 by Alan Boyson and adorning the store front. In 1961 Boyson made a smaller interior Fish Mural placed in a corridor near the fourth floor Skyline Ballroom and a geometric sponge printed tile mural in the Skyline bar, which was rediscovered during R&D for this project.
Emphasis is also given to how buildings and associated public art can be crucial for civic place and memory-making, and geographical and historical local identity. For instance, the Three Ships mural has an explicit connection to Hull’s fishing and maritime heritage.

On closure in 2016, the building canopy acted as shelter for the homeless. Canopy hoardings now proclaim, ‘A Prime Opportunity in the Heart of the City’, as the building lays empty ahead of imminent demolition and redevelopment. After a long campaign Three Ships was granted Grade II Listing status by the secretary of state and DCMS in November 2019.

“Growing up in Hull, this unmissable piece of public art was formative in my love of modernism and wanting to study art. My Dad comes from a long line of trawler-men and seafaring folk, and during our weekly trip for fried egg sandwiches from Fletchers [a local deli] opposite the mural, he’d tell me tales of his first trawler trip at the age of 12 to Murmansk and beyond the Arctic Circle. Aside from an avid fondness for Boyson’s graphic modernist aesthetic, I associate the Three Ships with stories of fantastical voyages that began in Hull, and as a metaphor for where life might lead me; its destruction would break my heart.”
– Esther Johnson

SHIPS in the SKY drone footage

During the 2020 Covid-19 lockdowns Esther Johnson collaborated with 1 of 100 and designed two T-shirts, a Tote bag, and a turntable slip mat, to celebrate the the City of Hull’s entwined maritime and cultural legacy, whilst raising money for UK food bank organisations — The Trussell Trust and FareShare.

SHIPS in the SKY: the Co-op Connection

In celebration of the co-operative movement and Hull’s former Central Co-op premises Esther Johnson produced a 44 page full-colour booklet published by The Modernist Society. The booklet brings together a selection of project donations associated with the former Hull Co-operative Society Central Premises, alongside an assortment of delightful CWS and Co-op ephemera through the ages.

Collaborating with The Modernist Society – a not for profit organisation – was Esther’s way of saying thank you for their enthusiasm for the SHIPS in the SKY project, and passion both for Alan Boyson’s work and post-war Hull. All profits from this book support the modernists in their work.

For their assistance with Ships in the Sky and with the making of this booklet, Esther would like to thank:
The Estate of E.P. Andrew; Leigh Bird; The Estate of Alan Boyson; Hull Central Library; Hull Daily Mail; Hull History Centre; James Reckitt Library Trust; Christopher Marsden; The Modernist Society; National Co-Operative Archive; Art, Design and Media Research Centre, Sheffield Hallam University; John E. Smith; Christopher Wilson; and all supporters of Ships in the Sky.

The first run of this publication sold out within a week and is now on its second run.
PURCHASE HERE

Researched, written, and edited by Esther Johnson
Designed by Christopher Wilson at Oberphones
Printed by Jump
© 2021 Esther Johnson
Published by the modernist 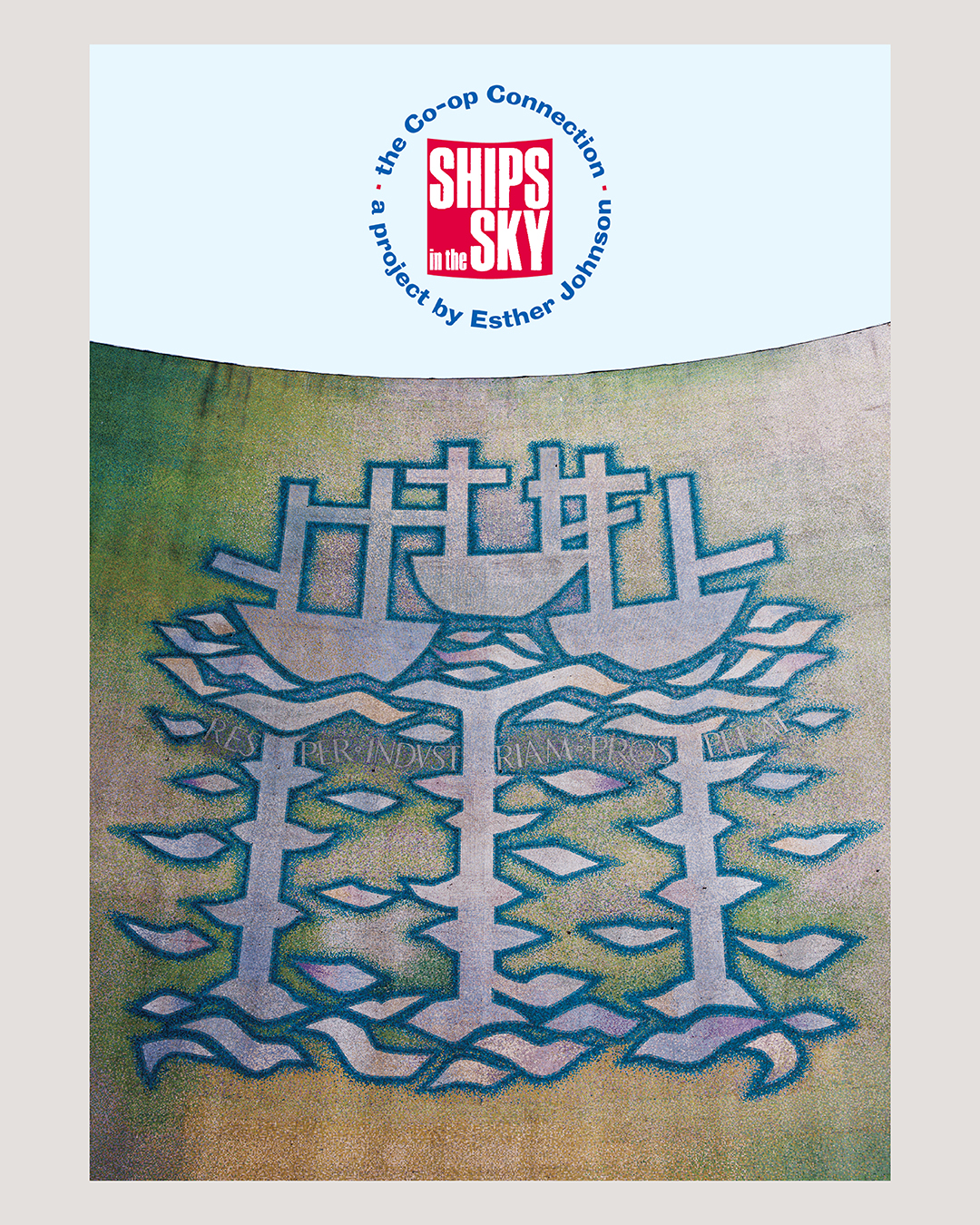 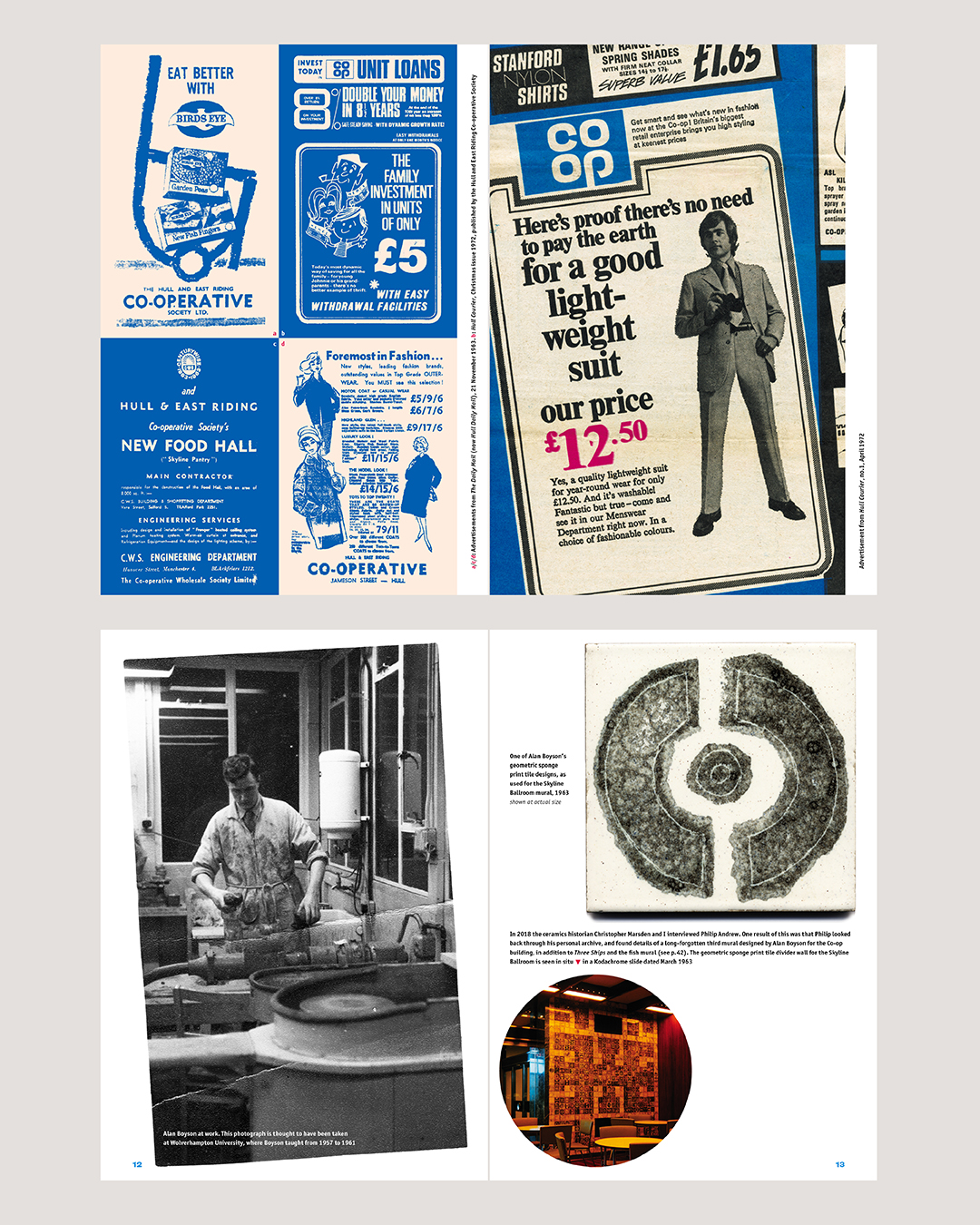 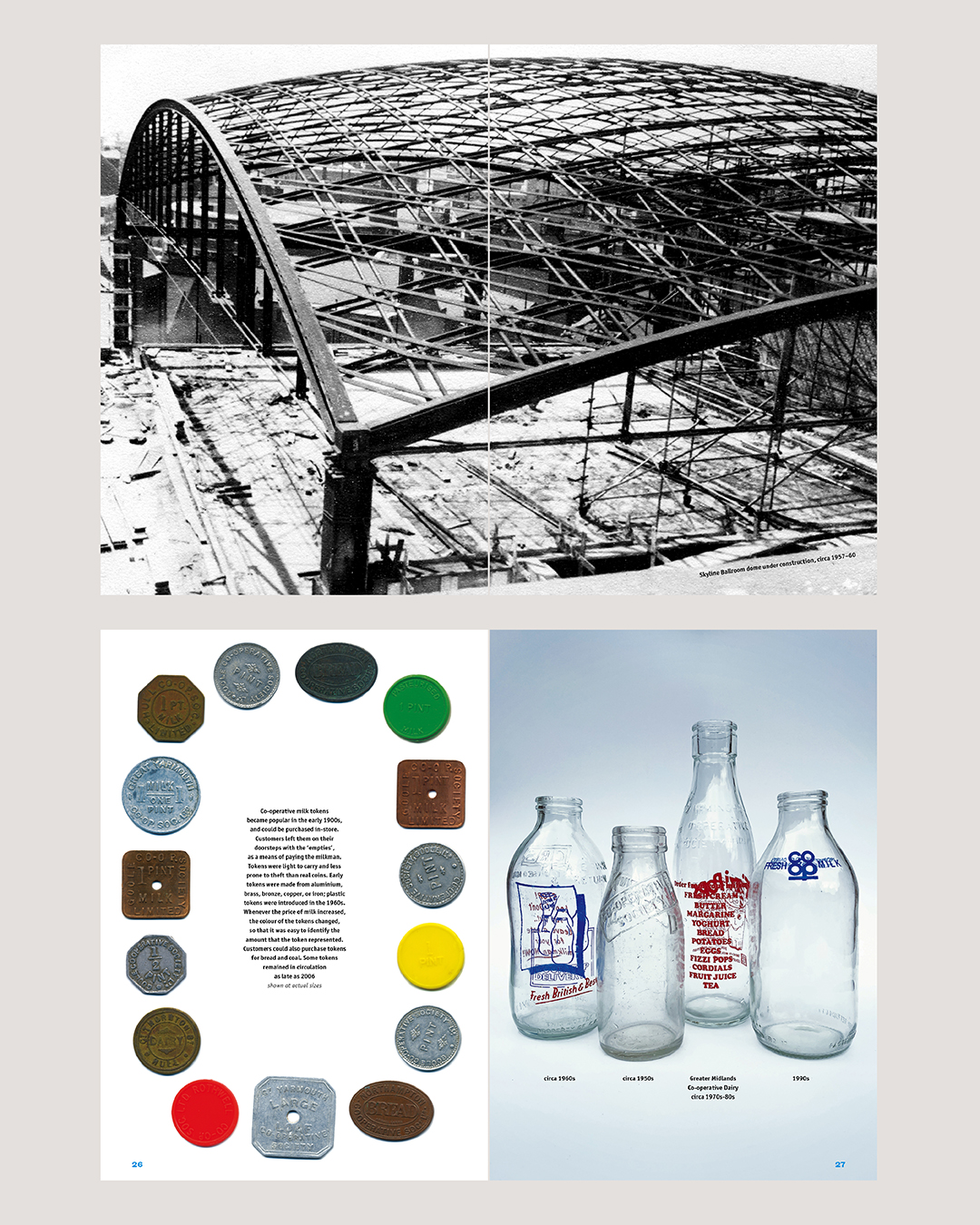 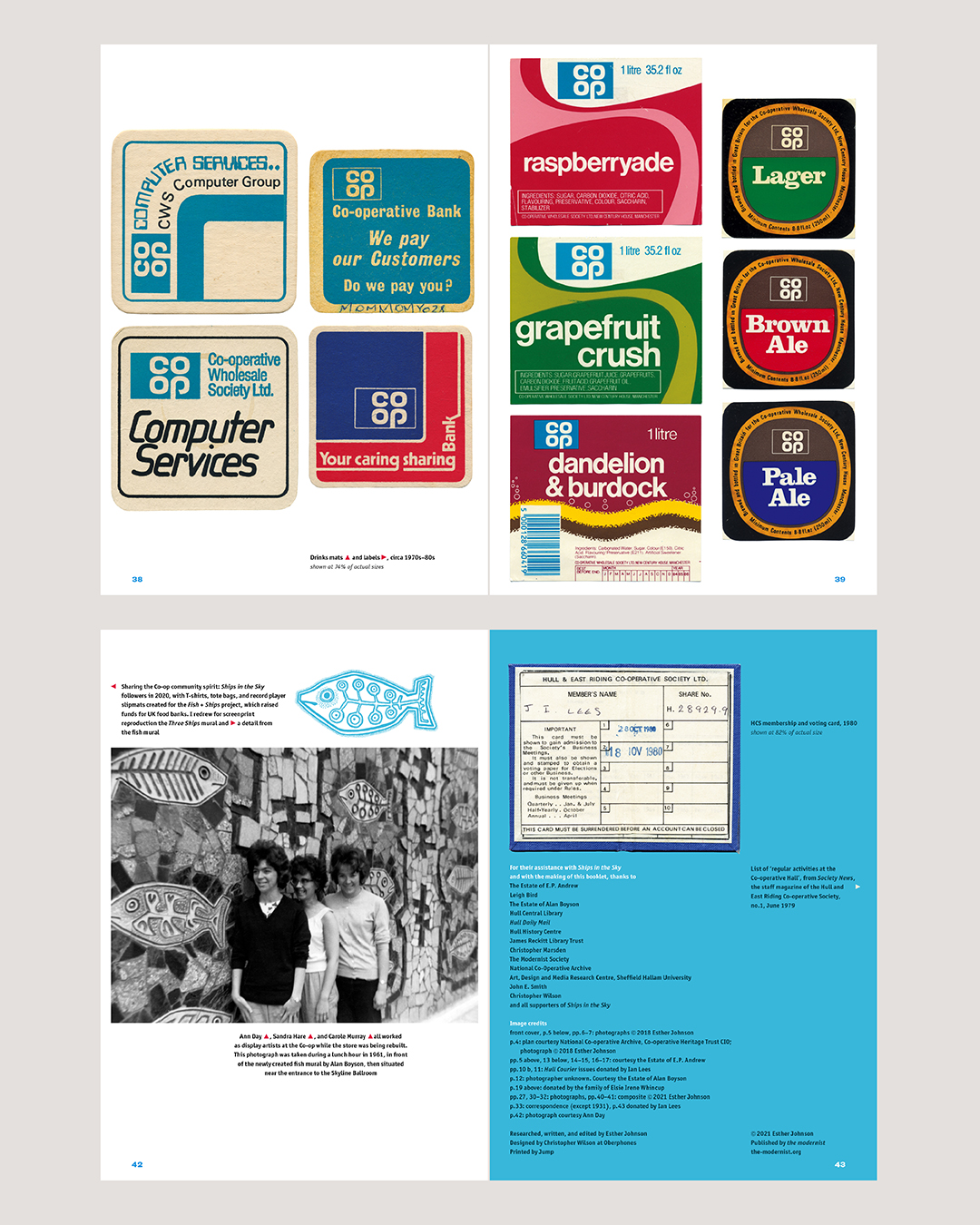 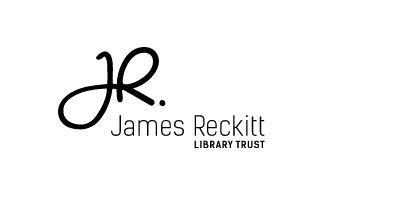 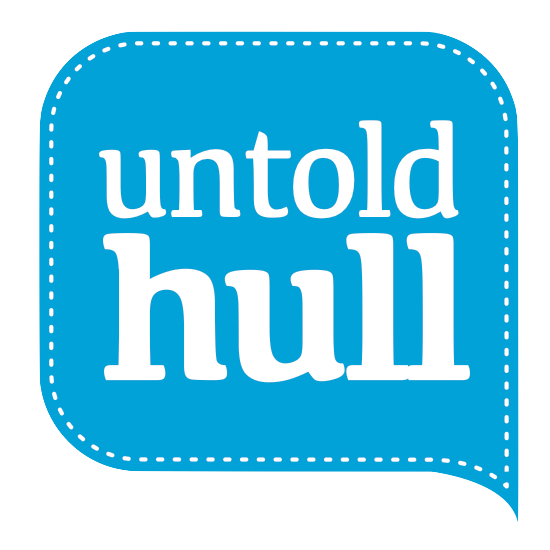 a ROLE to PLAY